Call for Participants:
Research on Survivors of Psychopaths 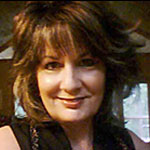 Sandra is serving as Advisor Consultant for a new study being conducted by Jayne Dales-Tibbott, doctoral researcher at Metanoia Institute and Middlesex University in the United Kingdom.
Dales-Tibbott is now seeking participants for her qualitative research entitled:
The long road back to self.
An exploration of the lived experience of a
survivor’s journey of recovery, after being in a relationship
with a partner who displays psychopathic traits.

Jayne is looking to interview eight individuals who have experienced and survived an intimate relationship with a partner who displays psychopathic traits (PDPT).

Superficial charm, lying and deceit, lack of conscience or remorse and self-serving manipulative and/or controlling behaviour. The pathology to which this research refers, specifically includes all of these traits.

Egocentricity, proneness to boredom, promiscuous sexual behaviour, impulsivity, irresponsible/reckless behaviour, lack of realistic long-term goals, and poor behavioural controls are also strong psychopathic traits that will be recognised if they have been experienced.

While some symptoms are the same, not all of these traits are evidenced in Narcissistic-Personality-Disorder (NPD) or Anti-social Personality Disorder (ASPD). A fundamental difference with a person displaying psychopathic traits (PDPT) being that they are not only narcissistically self-important and self-focused, but they are measured in their actions and are capable of emulating unconditional love and care through intimacy. They are neurologically impaired, so have little or no conscience, which aids their convincing ability to deceive. It is the pervasiveness of this personality pathology and the calculated harm imposed for self-gain, from a place of low/no empathy that I suggest sets this pathology apart. The consequences of experiencing such a relationship are severely detrimental to psychological and physiological wellbeing and recovery is often long and complex.

This research aims to gain in-depth insight into the journey of recovery that follows such a relationship; the outcomes of which will inform a newly forming body of knowledge and contribute to the production of much needed training for the helping professions.

Participation will involve an initial 30-minute online informal discussion to check that the applicant meets the criteria, followed by a 60-minute online interview (to be arranged thereafter) for successful applicants. It is hoped that participation will be a positive, rewarding experience that will make a significant contribution to the psychotherapy profession in furthering cogent, scientific knowledge that will ultimately benefit other recovering victims.

This research has gained ethical approval by my learning institutions. It is supervised by Dr. Maxine Daniels of Metanoia Institute.

If you have clients who may be qualified and interested in being part of this project, please have them contact Ms. Dales-Tibbott at:   jayne.dales-tibbott@metanoia.ac.uk